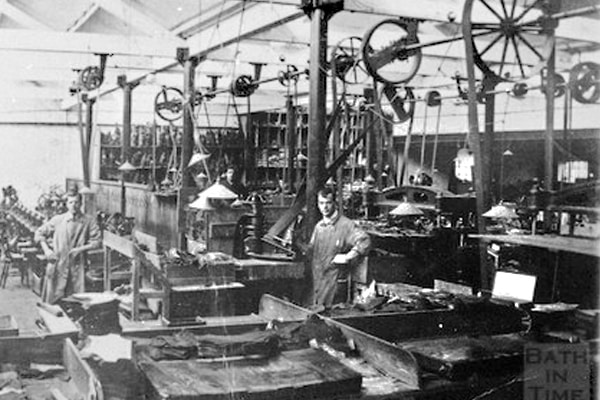 It was in the Somerset village of Street when the Clarks story began almost 200 years ago. Cyrus and James Clark made a slipper from sheepskin off-cuts busy working at the tannery owned by his brother, Cyrus. Among the sheepskin rugs, the off-cuts and cast-offs were piling up when James had a brainwave: “Slippers!” And the rest, as they say, is history. A few stitches and a few years later, the sheepskin slipper was born.

At the time it was ground-breaking; a combination of invention and craftsmanship that’s remained at the heart of what we do. And whilst now, as always, every pair of our shoes begins with a last carved by hand from a single block of hornbeam, advanced construction techniques, technologies and contemporary materials help us deliver perfection tailor-made for the modern world.

Britain was perhaps at its greatest in the 1800s. Queen Victoria was on the throne from 1837 to just beyond the end of the century and reigned over a time of phenomenal economic, colonial and industrial growth. And while Charles Dickens gripped the nation with his storytelling skills, engineer Isambard Kingdom Brunel got it moving via his remarkable tunnels, bridges, railway lines and steam ships.

For Cyrus and James Clark business was booming. Their sheepskin slipper, named the ‘Brown Petersburgh’, was a huge success. Within years of its unveiling, its unique design graced feet the length and breadth of the country and by 1842 sales were averaging 1000 pairs a month.

The ‘Brown Petersburgh’ was made by hand in Street. There were no factories, so the brothers – now trading as C&J Clark Limited – relied on outworkers to meet the growing demand. The workers collected the leather from the tannery, along with a pattern, took the whole lot home and turned it into slippers. Production was often a family affair – everyone did their bit of cutting, sticking and sewing. Then, every Friday, all the finished footwear would be taken to Cyrus and James and swapped for wages.

Then, in 1863, disaster. A recession hit business badly and, almost overnight, the Clarks needed help. Lifelong Quakers themselves, they turned to contacts in the Quaker community for financial support and managed to secure a loan. But it came with conditions: James and Cyrus were to step down and William – James’ youngest son – was to take the reins.

It was another turning point in the company’s fortunes. Something of a visionary, William modernised the manufacturing process by bringing in the factory system and investing in the Singer sewing machine – a ground-breaking piece of technology at the time. Under his watchful eye, C&J Clark was revitalised, the loan was paid back in full and the company continued to move forward with developments like the Hygienic range. Launched in 1883, it was the first ever shoe designed to fit the shape of the foot; an innovation that is still the bedrock of Clarks’ reputation.

Whilst developing the commercial side of the business, William remained true to the ideals of his Quaker roots. He invested in the community, looked after his workers and built them homes – many of which can still be seen in Street today.

What the latter days of the 19th Century had started, the new millennium carried on with a passion. Science and technology were the watchwords. Inventions came thick and fast and included everything from the telephone and the zip to assembly line automobiles. Meanwhile, mass production and inexpensive alternatives to fabrics like silk meant a nation increasingly interested in fashion could finally afford to indulge itself.

With John, Roger and Alice Clark now running the company, Clarks continued to expand. Emerging from the buttoned-up days of the Victorian era, women in particular were a major new consumer. The female ankle was suddenly on display and shoes that showed them at their best were a must-have for every elegant lady of the time. C&J Clark was happy to oblige.

As the 90s became the noughties, the computer revolution that had started two decades earlier with the invention of the microprocessor continued to transform work and play. And it still does, with the worldwide web, uploading, downloading and emailing all very much a part of almost everyone’s daily routine.

The dawn of the 1990s found Clarks facing some tough decisions. Major changes in world trade meant the company could no longer stay competitive while manufacturing in the UK. Reluctantly, production was moved to the continent. We began in a small way in Portugal, but it wasn’t enough. In the end, we had little choice but to close our UK factory doors and move the entire production process overseas.

It was a change of location but our high standards remained, and remain to this day, the same. Overseas modern factories, many of them purpose-built for Clarks, are audited either by independent auditors or our own on-site teams in order to monitor conditions and promote the best working practices.

The decision to move overseas wasn’t taken lightly. However, coupled with our continuing commitment to quality, new marketing and ad campaigns – including ‘Act your shoe size, not your age’ and the current ‘Enjoy Every Step’ – plus a re-branding in the high street, it has helped us return to the success of the good old days.

From the very beginning they’ve always thought differently. And done things differently too. From the slipper created by Cyrus and James Clark back in 1825 to the world’s first foot-shaped shoe; from our kids’ ranges in whole sizes, half sizes and a choice of widths to our state-of-the-art iPad foot gauge; from innovative underfoot cushioning to rapid prototyping and 3D printing, brilliant ideas are what set them apart.

Leonardo da Vinci described the human foot as “a masterpiece of engineering and a work of art”. And to make sure we can look after it better than anyone else, Clarks have studied it. From the cradle to old age. They’ve looked at the way it develops. They’ve scrutinised its biomechanics, the way it moves at work, rest and play. They’ve deliberated on what it takes to keep feet healthy and happy. And what they’ve learned is what helps us make the perfect shoes for you.

In their archive of more than 22,000 Clarks styles are shoes that have sparked a revolution, defined a generation and captured the imagination. Like the iconic Clarks Desert Boot. Designed by Nathan Clark, launched in 1950, its appeal endures to this day. There’s Nature, a ground-breaking sports casual hybrid that made its debut in the late 1980s and, redefined and redesigned, has recently been reborn. And there’s Trigenic Flex, the crafted innovation that’s a modern classic in the making. 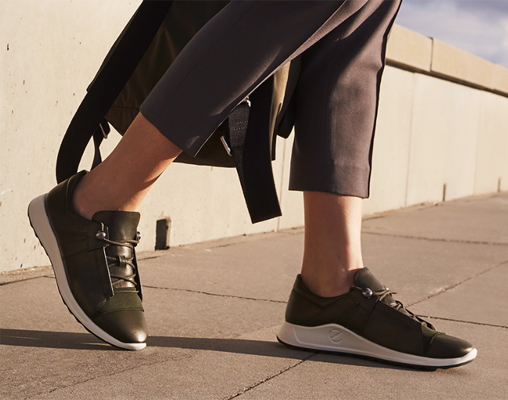 LOOKING FOR THE BEST DEALS?